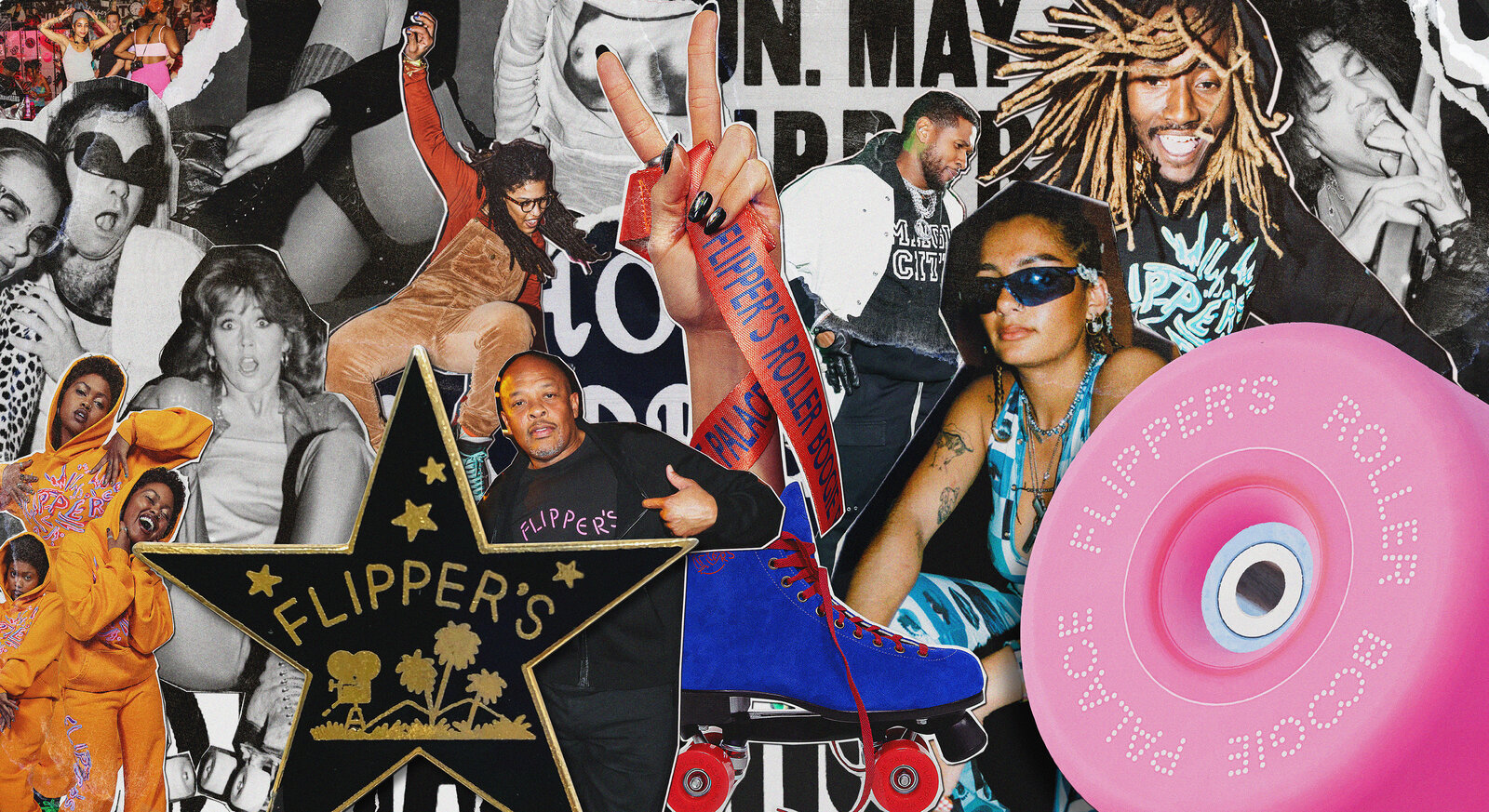 Originally opened by Ross’ father - Ian ‘Flipper’ Ross - in West Hollywood, California in the late 70’s, the rink became a legendary Los Angeles hot spot. Known as a place for uninhibited fun, the space remained open between 1979-1981, and was often dubbed the “Studio 54 on wheels”.

Glamour and famous faces helped make Flipper's a hub for the roller skate community in LA. Now, Ross and her partners are reviving the spirit of Flipper’s for London’s skate enthusiasts - past, present and future!

The opening marks the first permanent, year-round, venture since the original location closed in 1981. Creating a cultural movement and community built around the joy of skating, Flipper’s is set to be the hub of a vastly growing subculture focused on building a community steeped in a new entertainment and cultural revolution focused on skating, music and lifestyle trends.

Liberty Ross explained, ‘Flipper's is a hub, a home, for creative expression. Our community is vibrant, dynamic, exciting, warm and free-spirited and we will be the home to London’s roller skating set!’ I was born into the roller skating culture and so, I am honoured to now provide a safe home for an experience with like minded people whom I loved, respected, and learned from.

Today, Flipper’s speaks to the current landscape of roller skating and a sub-culture that has been built by authentic and passionate fans. Simply, a collision of music and the fluidity that only skating brings forth for unique self-expression. Flipper’s will be home to Hot Dogs and Caviar, named after the original Flipper’s diner in LA. Highlighted by a menu featuring elevated American classics, patrons will be able to savour signature Wagyu smash burgers, decadent loaded French fries with caviar and lemon creme fraiche, Nashville hot chicken sandwiches with Flipper’s own Boogie sauce and an array of desert indulgences, curated cocktails and mocktails; all rooted in California’s latest dining trends. The rink will also be home to the Pro Shop, a concept store by Flipper’s, which will service all the needs of London’s skaters and be managed by skaters and skate techs. With members of the core London collective running the shop - specialty products, from wheels, bearings and laces to full Flipper’s branded skates will be available.

Flipper’s Roller Boogie Palace has chosen Exhibition London, a venue operated by Broadwick Live, the team behind Printworks London, as their home in the capital. Kevin Wall at Flipper’s shares ‘The partnership with Broadwick Live was core to our decision when deciding to bring the Flipper’s brand to the UK. Their track record in managing and operating, curating and delivering authentic music-led cultural destinations and events in the UK is unmatched.’

The new home for Flipper’s London is a two-floor, Grade II-listed former power station which dates back to 1899 and sits central to the Westfield London complex site. The 34,000-square-foot flagship venue has been extensively renovated - by architect and designer Tim Hubbard, founder of 93ft - over recent months and will be home to the roller skating rink. Flipper’s London will see a continuation of their extensive cultural programming, with themed nights, events and parties all set to take place at the venue.

This summer, Flipper's took over the iconic rink at Rockefeller Center in New York City and launched with an impressive roster of entertainment programming and collaborations. Regulars and performers at the rink included the likes of Will.I.Am, QTip, Mary J Blige, Alicia Keys, Meek Mill, and Floyd Mayweather to name a few. The 7 month long summer residency, which will return in the spring of 2023 provided sanctum to the roller skate community, whilst also being a place where New York City residents and visitors alike got to experience the joy and rebirth of Flipper’s.

Flipper’s London will be open to the public beginning Friday 11th November. Bookings can be made via flippers.world

Launching a new retail store design in Sheffield for vintage clothing wholesaler and retailer Glass Onion. The store design reflects their DIY roots while providing a vintage shopping experience like no other. Find out more

How real neon signage, handpainted sign writing and creative illustration are brought together to create a timeless and eye-catching shopfront proposition for Seen Opticians' new address in Manchester. Find out more

Designing and building a traditional shopfront and bespoke oak furniture for Chatsworth Kitchen – aligning traditional design features with a modern understanding of sustainability and locality. Find out more